Mitey Mikey, Wayne and I all went on a TV show! 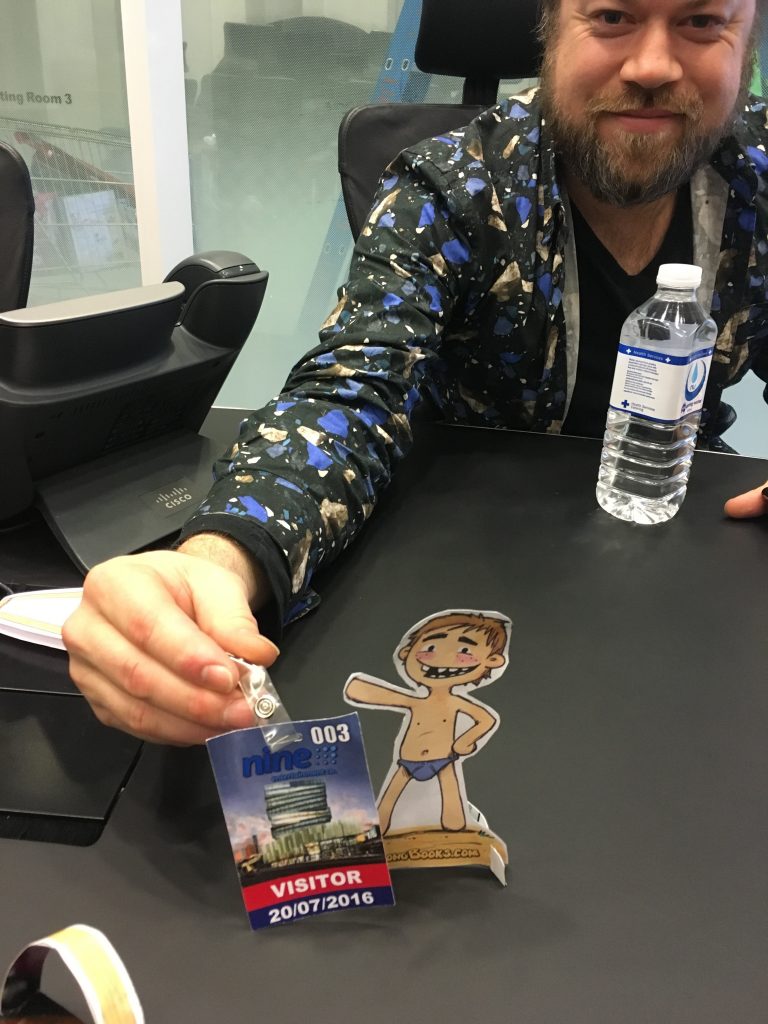 Here’s Mitey Mikey waiting for the big moment. He almost forgot to put this clothes on! Luckily the make-up lady noticed. Oh, and look, we got FREE WATER!

Wayne remembered his clothes (lucky!), but he had to have stern words with the catering crew who’d forgotten the three-course gluten-nut-egg-and-lactose-free meal we’d ordered. 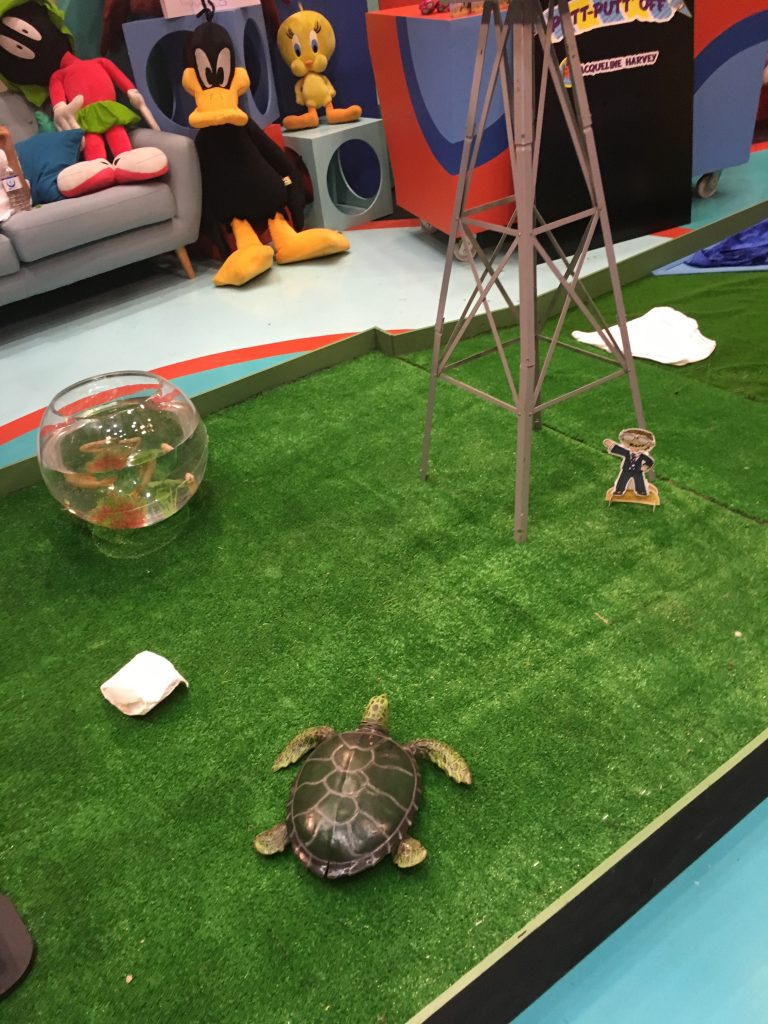 Kids WB were so nice. They’dÂ even made a little golf course with So Wrong characters! It was just like being in Mitey Mikey’s backyard. You can see him there, under the windmill. And there’s Surley the tortoise and Crabby the lobster in his bowl and … um … there’s also a nappy.

And, as nappies sometimes do, it became a bit of a problem. 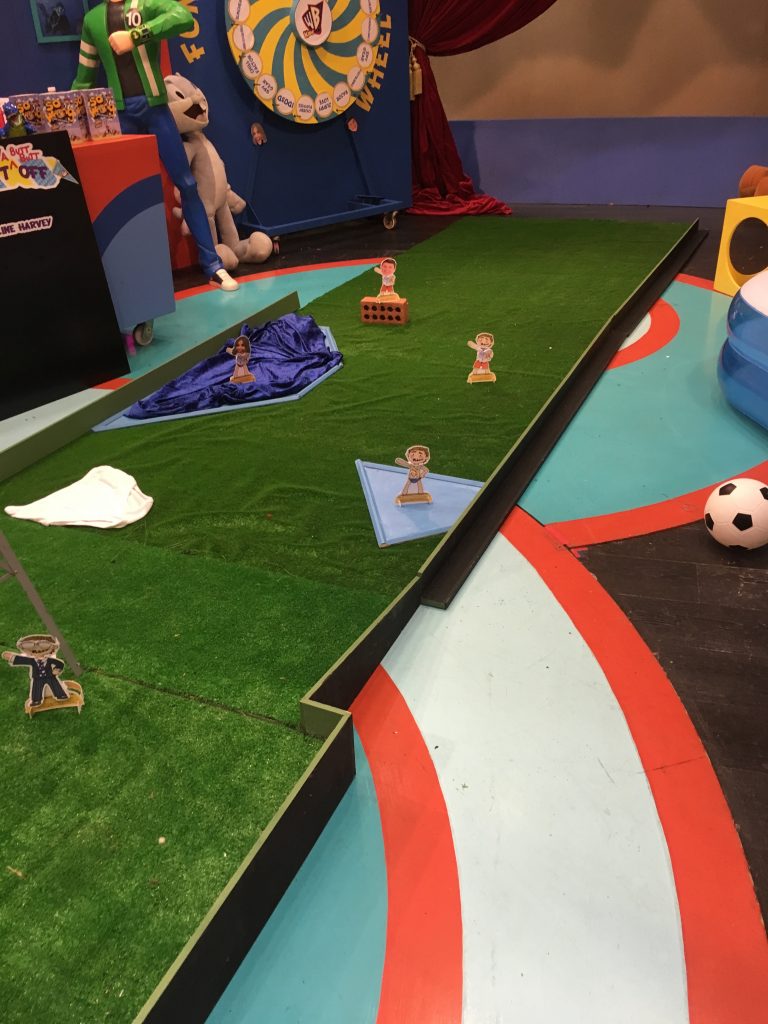 And look, there are more Mitey Mikeys on this part of the course. And one Mitey Mikey looks a lot like Lauren Philips.

Ooh, and you can see Mikey’s other pet there too, Brick the brick. 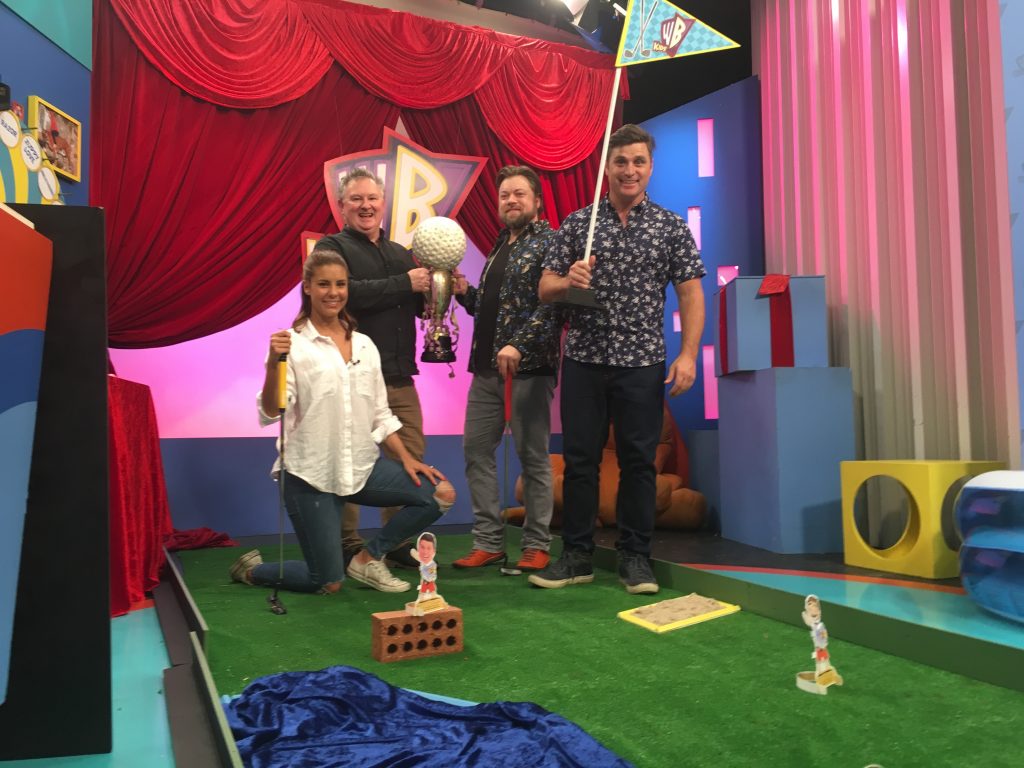 And even though things got a bit intense on the golf course, afterwards we were all friends again.

Thanks so much for having us Kids WB. It was SO MUCH FUN!!

This site uses Akismet to reduce spam. Learn how your comment data is processed.